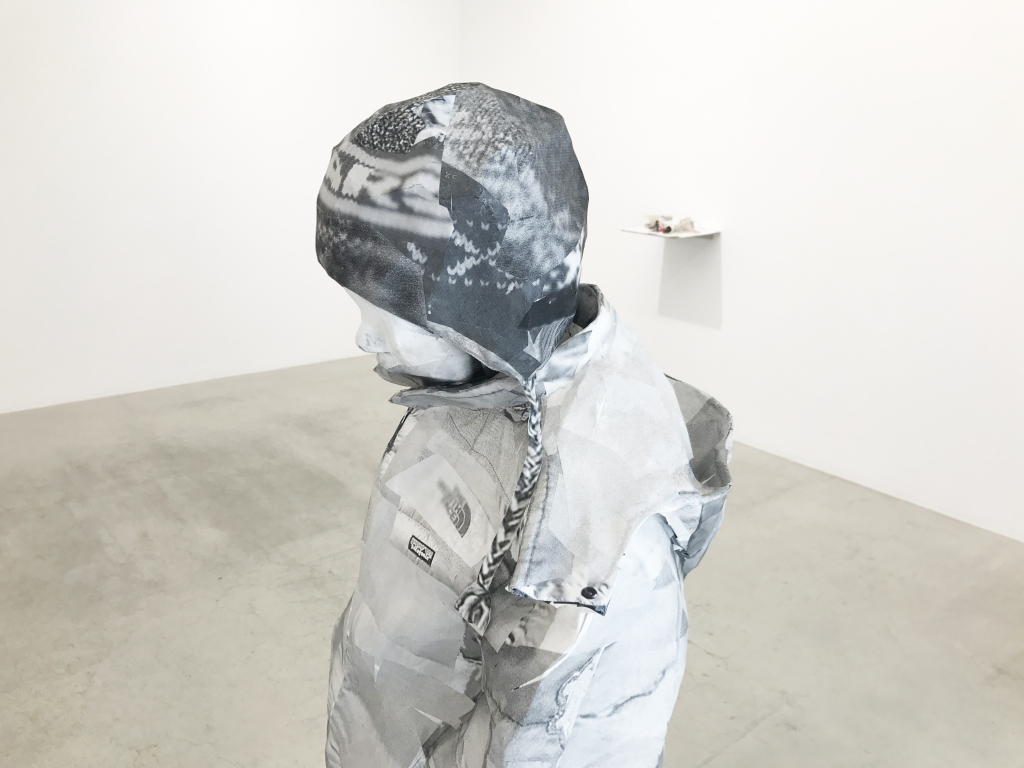 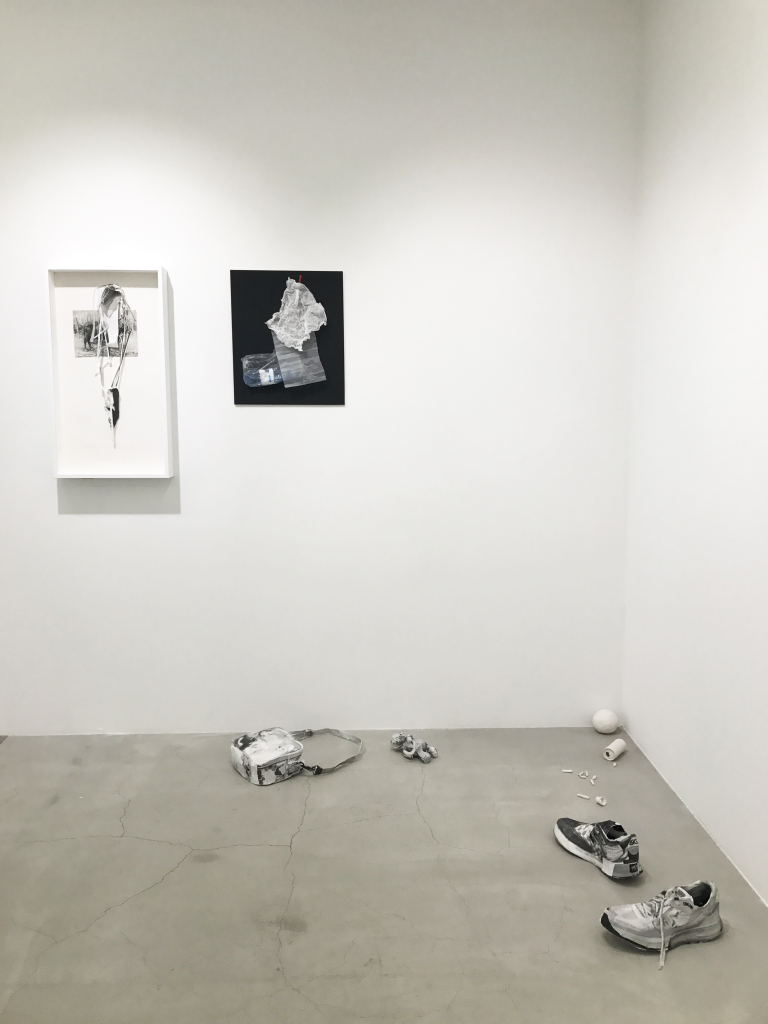 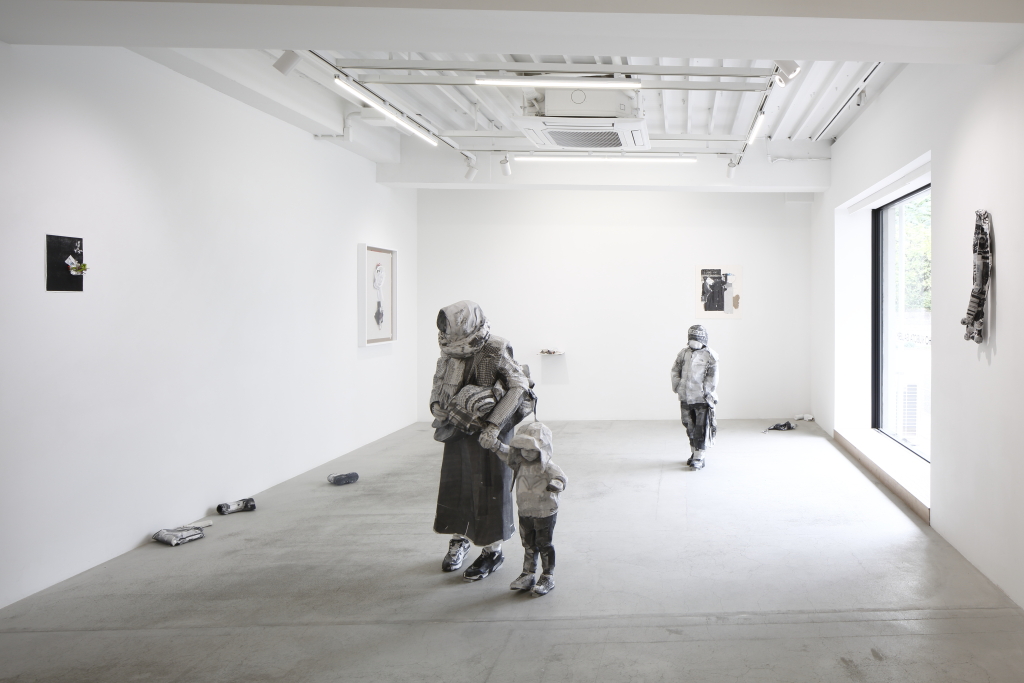 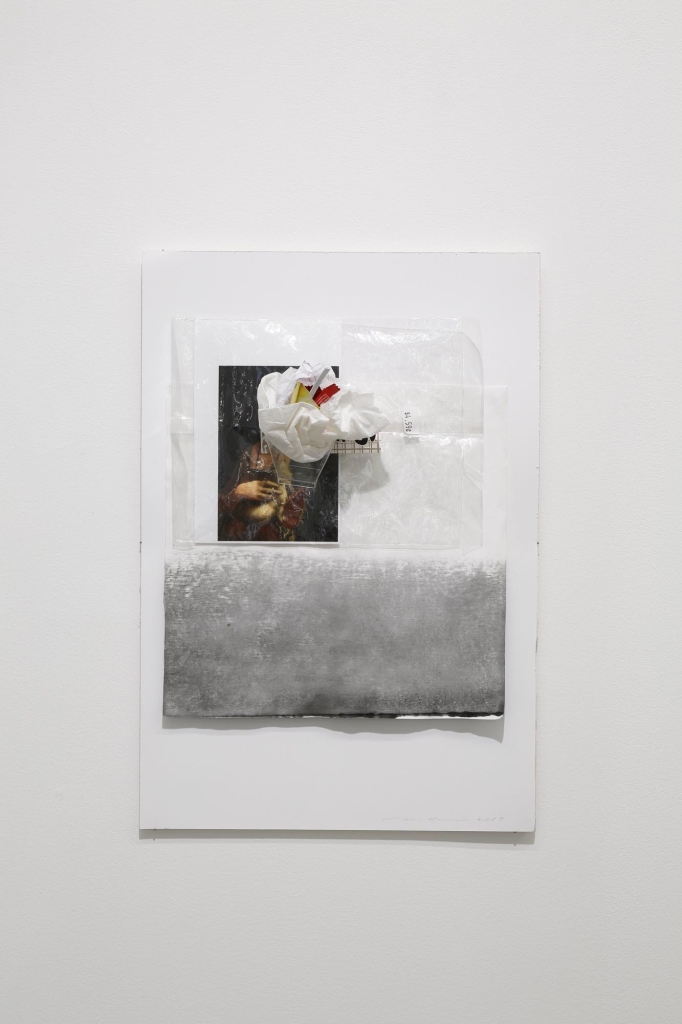 Beginning her artistic career in Japan, Midori Harima relocated to the United States in 2001, working initially in San Francisco, and then moving to New York in 2005.

Harima is well-known for a practice that involves creating objects by photocopying some of the myriad images found in magazines, newspapers, and other conventional media onto archival paper, which she then pastes and layers to produce hollow three-dimensional paper objects. She has used this characteristic technique since graduating from university, and at the “The Bay Area Award Show 2002” group exhibition at New Langton Arts in San Francisco in 2002, the year after she arrived in America, Harima revealed an installation that provided an intense visual experience, featuring two giant tigers confronting each other menacingly and, a little ways off, a fawn, paralyzed with fear and apparently crying out. The year 2002 was when global power shifts and changes to the structure of geopolitical confrontation were transforming the globe due to the events of 9/11 in the United States the previous year.

At a 2008 installation entitled America, she exhibited twelve coyote sculptures made using the same technique. Visible through a thin, translucent curtain, all the coyotes stare at a point in midair in the center of the circle, giving the viewer an opportunity to stop and consider what the coyotes might be looking at. Recently, she has focused on issues related to democracy and the economy, and distanced herself from her photocopying technique. Her “Roadside Picnic, Chapter Two” exhibition featured plaster casts taken of garbage found in the course of her daily life, assembled into mobiles. This was followed by the “Democracy Demonstrates” project, in which the artist created and photographed 365 sculptures corresponding to each day of the yearlong project. This began in 2015 during a residency at MMCA Goyang, run by the National Museum of Modern and Contemporary Art, South Korea, and continued afterwards in NYC, eventually being presented in 2017 at the Kala Art Institute in Berkeley, California. From her early work to these recent projects dealing with the garbage that society finds a nuisance, Harima’s art clearly displays both a literary approach to representing our world and the quintessential artistic motivation of wanting to capture elusive beauty, such as that hidden in plain view at the side of the road. Many of her works are constructions in which the thoughts of individuals confront waves of absurd, immense forces. Since primeval times, the individual has been swept along and tossed about by natural threats far exceeding human imagination and, in modern society, by conflicts between uncontrollable forces. Paradoxically, the individual is also part of these absurd and immense forces. Using that fact as a starting point, Harima’s art raises unanswered questions long-held by the individual, a small existence onto which the artist or viewer projects herself.

The title of this solo exhibition, “Year Without a Summer,” is a reference to the year 1816 during which an abnormal weather event occurred, the usual summer did not arrive in many parts of the Northern Hemisphere. Records show that rivers in North America froze and crops experienced catastrophic damage in July and August of that year. The cause is said to be a volcanic eruption in far off Indonesia that occurred the previous year. The new works for the exhibition were conceived based on Harima’s experiences traveling to Poland, which she visited last fall. Harima states, “Over the last few years, my interests have often led me to issues related to capitalist economies, and consumption, and the systems in which these have been internalized. A major motivation for these works was to question what we are participating in by purchasing products.” Her decision to visit Poland was a natural extension of her concern regarding this topic. Although thinking that she might find something during her travels that would hint at solutions to the unanswered questions, in Poland the artist ended up coming face-to-face with two more overwhelmingly incomprehensible things that are impossible to represent. The unanswered questions that were waiting in Poland are definitely connected in some manner to our modern-day map, and are not some fabricated fantasy in a faraway country.

This exhibition takes the form of single installation consisting of sculptural works of three human figures, paper sculptures of items imagined to be their belongings, such as bags and shoes, and collages constructed from fragments of things brought back from Poland. Printed images represent something that existed in the past, but by materializing the images so that they reappear in a different form, the artist sets up something that is overwhelmingly incomprehensible. This process is also an attempt to connect the artist’s personal experiences to the grand narrative, presenting a painstaking portrayal of the form and direction of the immense and incomprehensible forces in today’s world and of the thoughts of individuals rocked by those forces who continue to question their situation. Harima explains: “I am attempting to fix conflicting experiences onto one sculpture, such as: the active movement of one’s gaze and consciousness when confronted by an overwhelmingly incomprehensible image of a past event about which nothing can be done, for example, war, and the active movement of one’s gaze and consciousness when attempting to somehow comprehend the events in the image by relying on fragments found therein; and the passive movement of one’s gaze and consciousness when looking at consumer products, the gaze and consciousness at that time being extremely limited and having internalized the values of others.”

An incident occurring in one place on the map indirectly has a fatal impact on another place far away. Taking the absurdity of the phrase “year without a summer” as a metaphor applicable to the entire exhibition, and at the same time confronting the absurdity head on to reveal within it an opportunity to discover an answer, this exhibition is the artist’s attempt to open up a new frontier. The body of work presented is meticulously crafted with a solid approach that deals ambitiously with a major topic without indulging in deviations from logic, and without excluding the artist’s personal awareness and feelings towards beauty, which are the essence of art. And as the “Year Without A Summer,” this ambitious group of artworks creates winter in midsummer Tokyo.