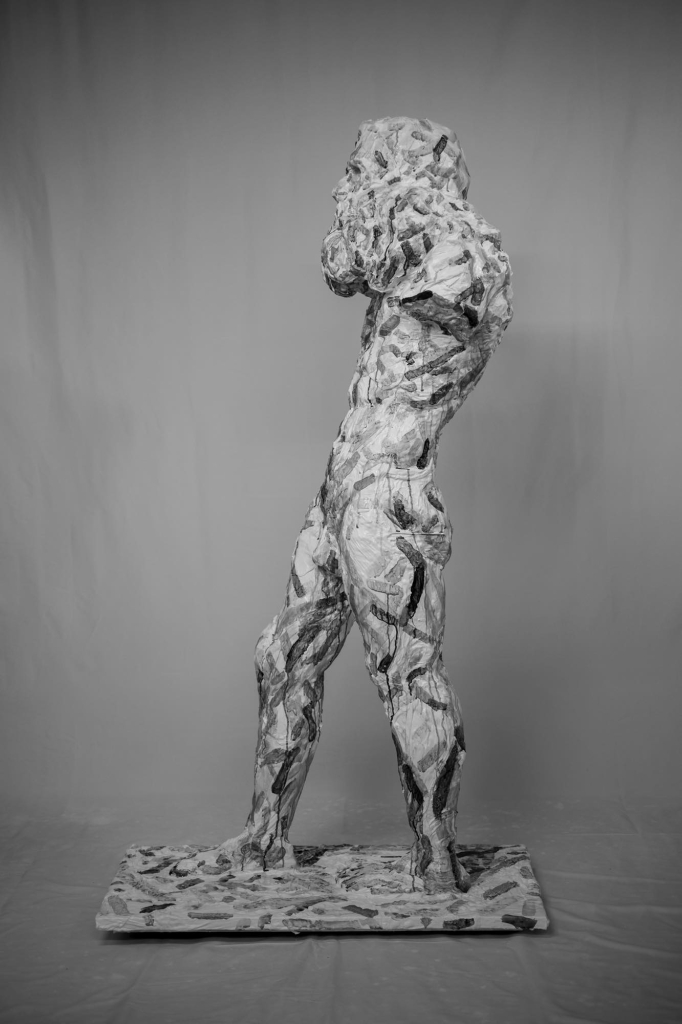 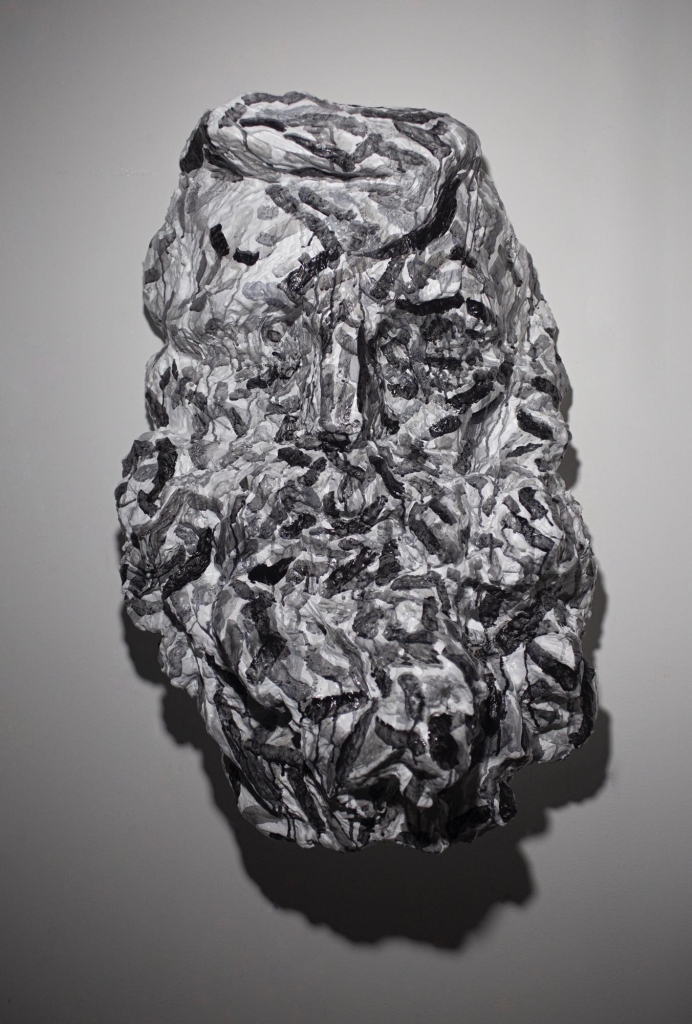 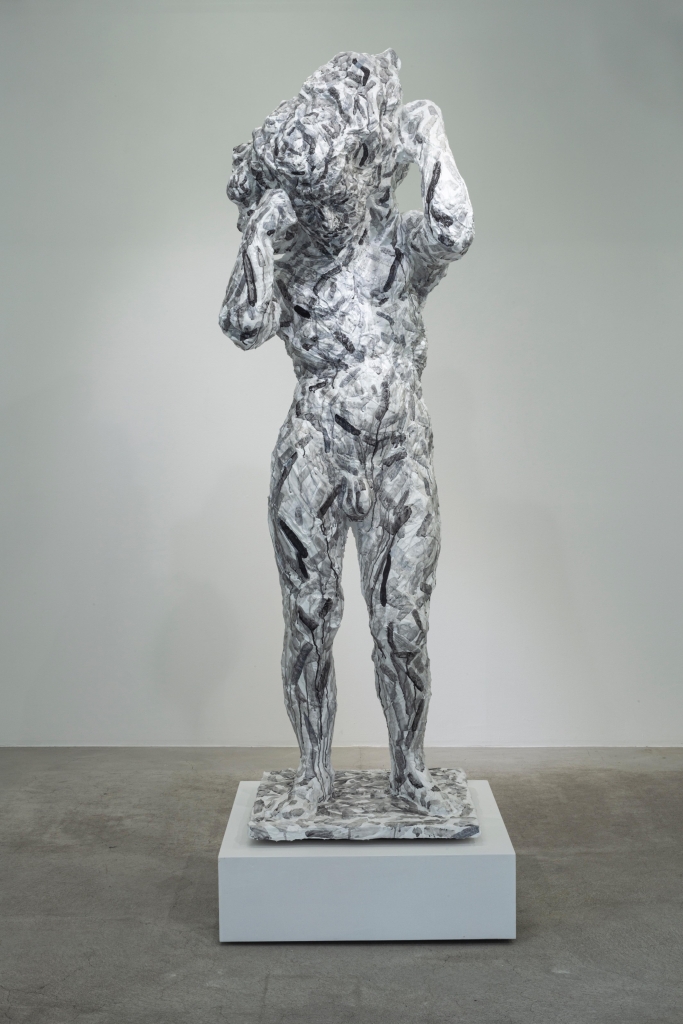 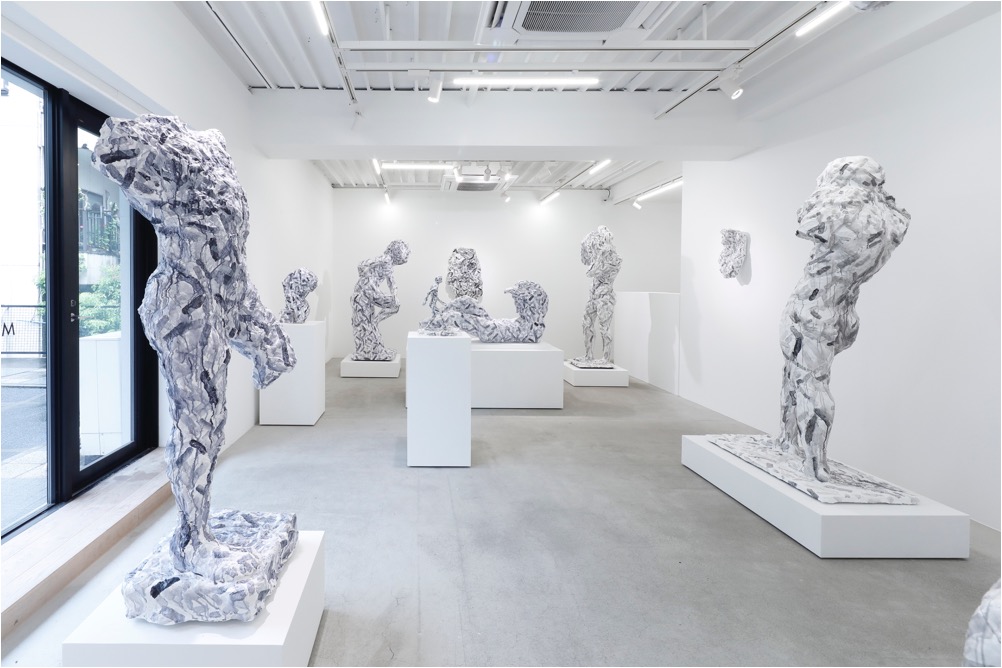 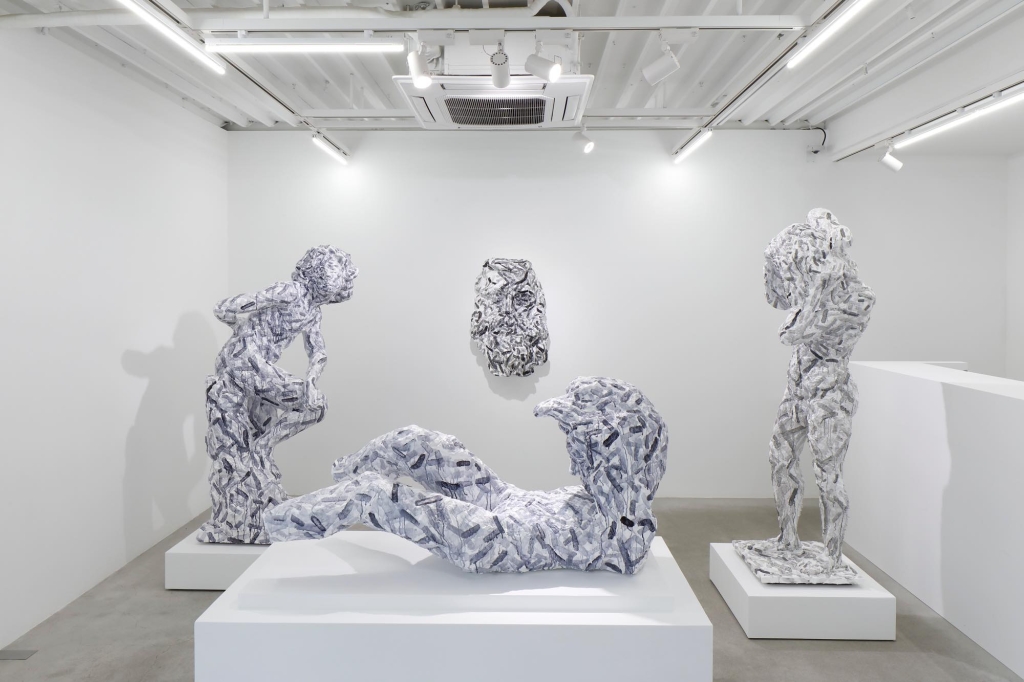 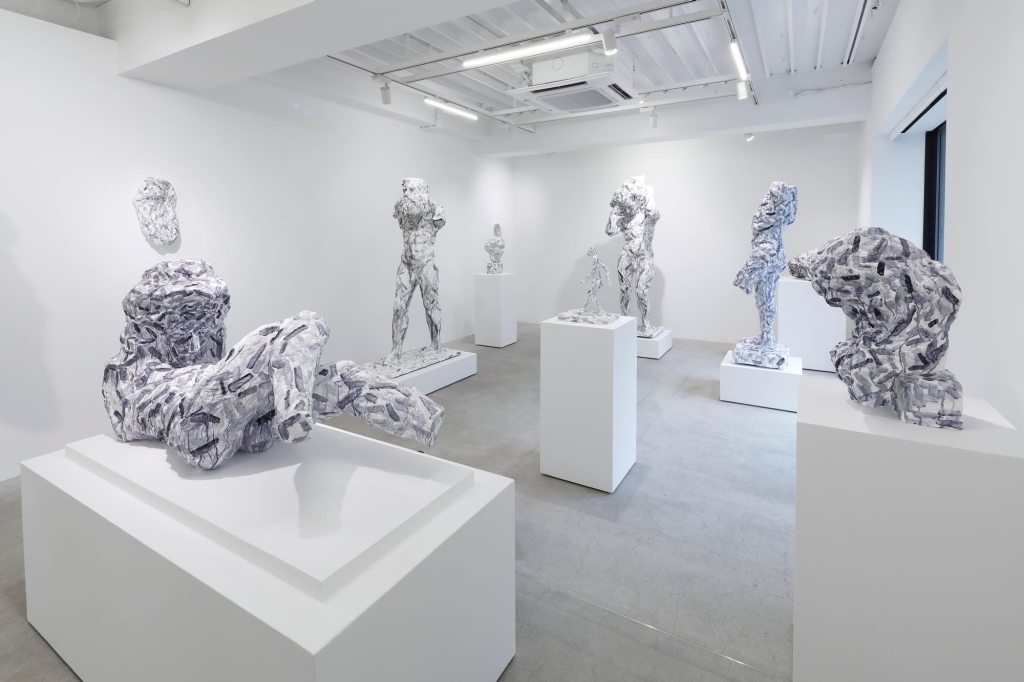 Maho Kubota Gallery is proud to present The Plaster Age, a solo exhibition by Takanosuke Yasui, opening on 29 June, 2021.
Takanosuke Yasui has garnered considerable attention as an emerging artist for his paintings characterized by media textured with protuberances that repeat in uneven fashion, superbly controlled color contrasts, rhythmic reflections of hard light in films of paint, and subjects that have no clear point of focus—paintings that are frequently interpreted (misinterpreted) as commercial art. However, the true nature of Yasui’s body of work originates from the fact that he is a sculptor in the purest sense. This exhibition, The Plaster Age, is an ambitious installation that mainly features life-sized statues.

Yasui’s remarkable language of expression, particularly that of his sculptures, is laden with an unidentifiable nature that transcends geography, time, and thought. Viewers looking here and there in an attempt to determine its origins are easily thrown into confusion by the noise patterns playing out on the surfaces. Within this three-dimensional art covered in playful, camouflage patterns lies a solid formal beauty that follows the rules of classical sculpture. However, Yasui’s work deviates from the rules in a manner that seems to defy simplistic categorization while remaining firmly connected to the traditions of sculpture. It has a flexible ambiguity in which the object seems to be performing a modern-day dance while still conforming to the classical sculpture approach that the artist has adhered to since his early works.

Yasui’s statues, composed of materials that never reveal themselves, resemble both ceramic statues as well as objects made of paper due to the rhythm of iterations of small sparkling light caught by irregular, uneven surfaces and their smooth, hard texture. While this guarantees solid structure, one also senses a fluidity by which the statues could transform into completely different shapes in the next moment. The material he uses in his sculptures is plaster of Paris, which is employed as an intermediate material in traditional sculpture casting processes. Describing its expressive characteristics, the artist comments that his creativity is aroused by plaster’s fragility and weakness, properties associated with the intermediate nature of its role, devoted to the faithful transfer of form from one plastic material to another.

Since ancient times, monumental and architectural materials like marble and bronze dominated mainstream Western sculpture, which predominantly consisted of works created in association with the authorities, rulers, or deeply held beliefs of the time. Rather than the solid ‘strong sculpture’ that he encountered as a student in a traditional art school sculpture department, Yasui focuses on the intermediate material of plaster, which can be shaped freely by hand with the application of pressure. Using plaster as the main material, he creates works that are fluid rather than solid. He calls them ‘weak sculpture.’ Yasui achieved artistic freedom by creating works in the classical style over and over again until it became second nature. ‘Weak sculpture’ does not imply any negativity. His sculpture has both physicality and fluidity. It is free, fluid, and changing. Having retained a viewer’s perspective on the historical narrative while repeatedly converting the structure of that narrative into a structure coherent with the standpoint of the modern-day individual, Yasui plans a sweeping installation with an array of about 30 gray-toned statues.