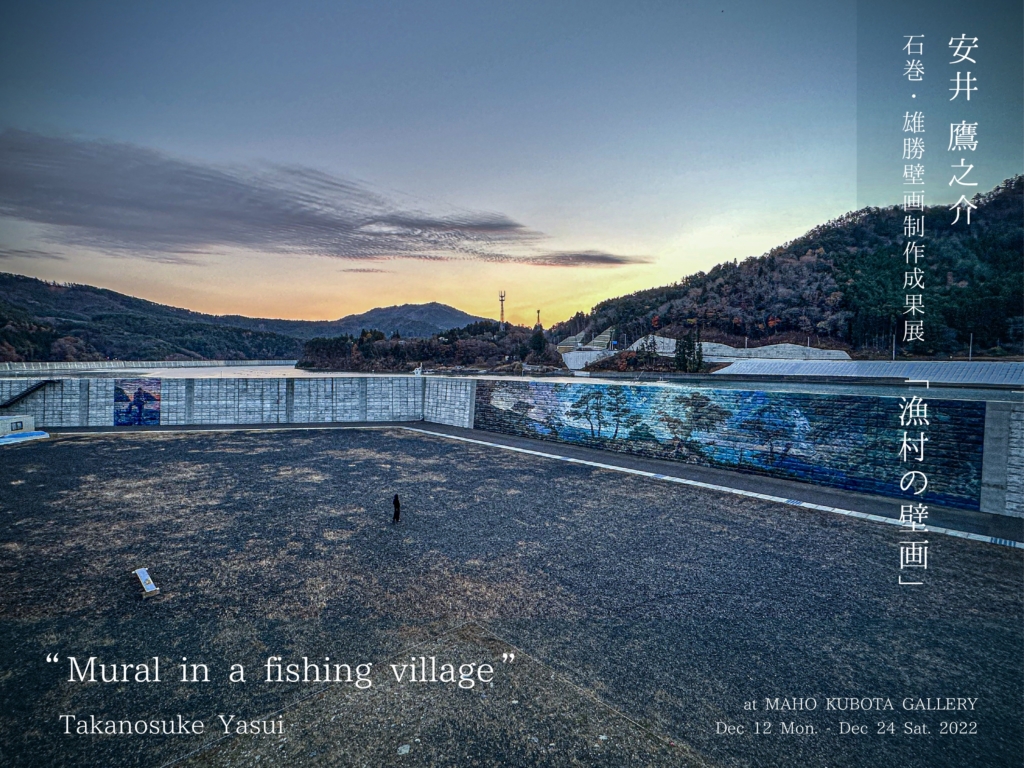 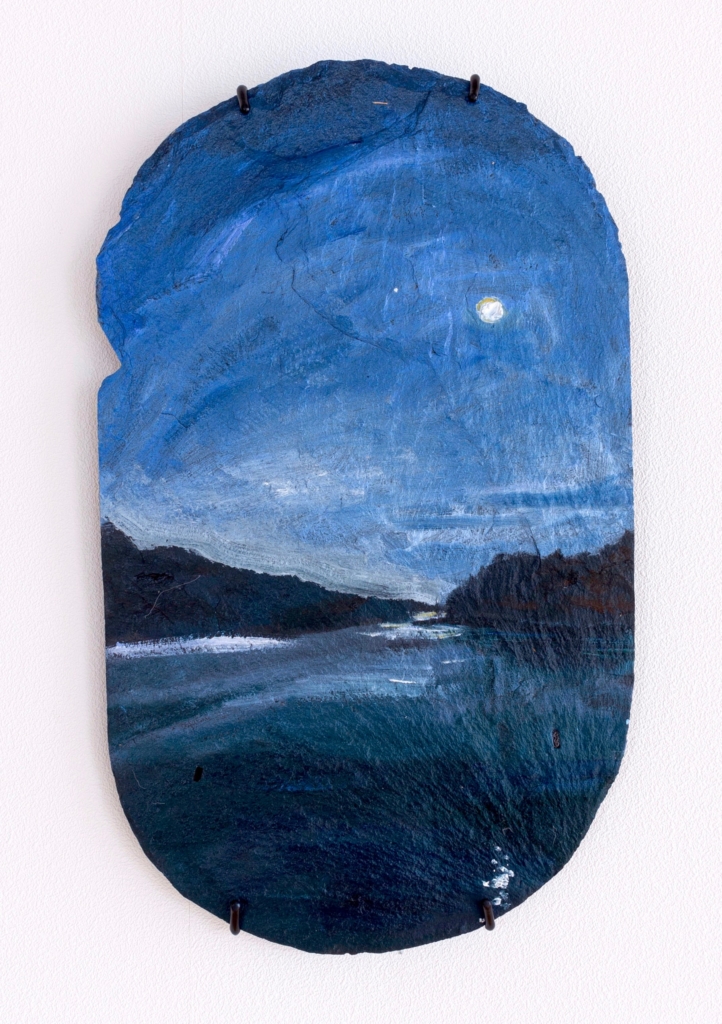 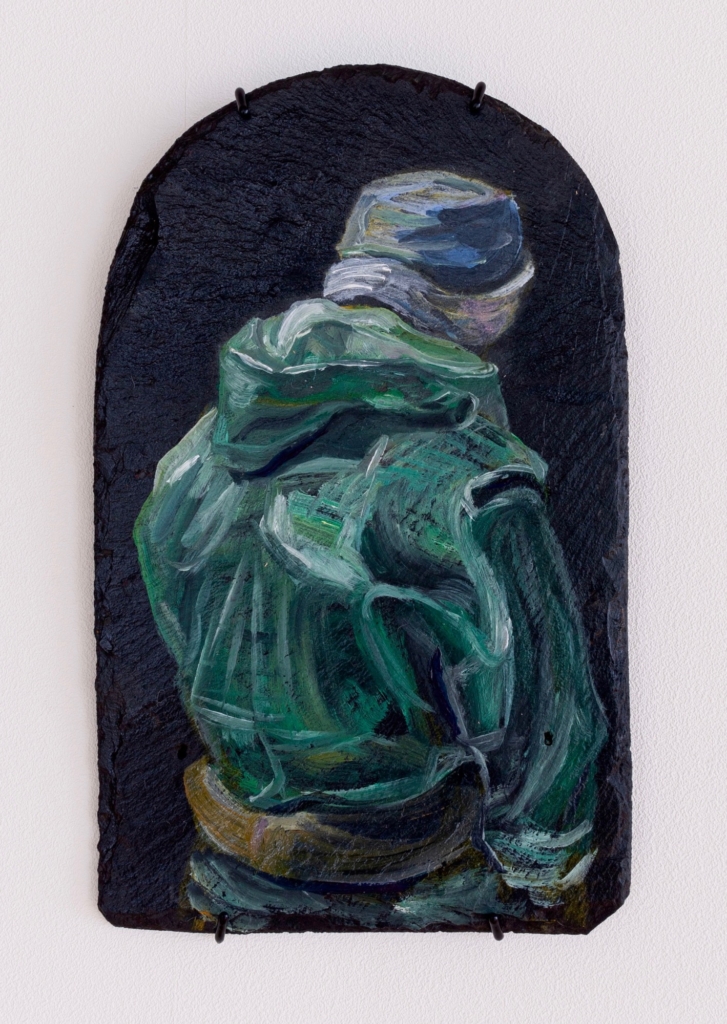 The area where the two murals are painted is famous for its fertile fishing ground and beautiful scenery. After suffering from the tsunami caused by the great earthquake in 2011, the huge seawall was built along the coast in order to protect the costal area from next tsunami.
This mural project named “Sea Wall Project” started to aim to create a special scenery, which are in harmony with the natural environment in Ogatsu by making two mural on the huge gray seawall.

In this exhibition, the making process of murals and some new works the artist made during his three months’ stay in Ogatsu will be shown.

The artist will be present at the gallery on the opening day from 5pm-7pm. We look forward to welcoming you with craft beer from Ogatsu.