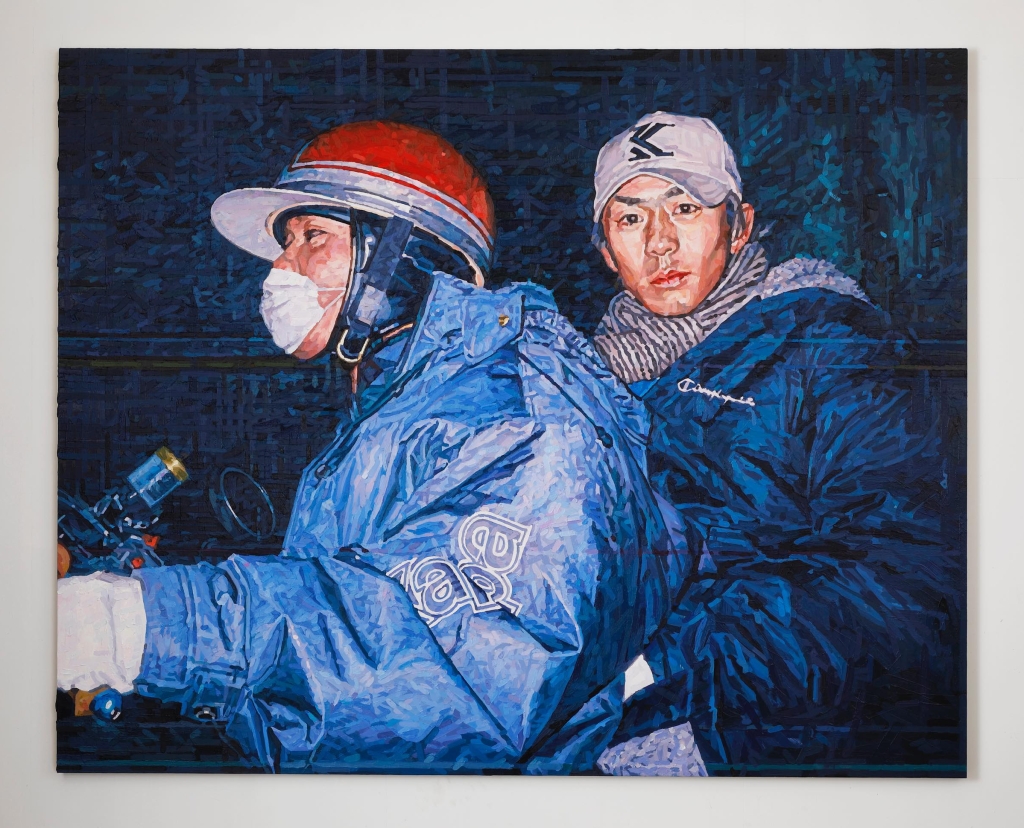 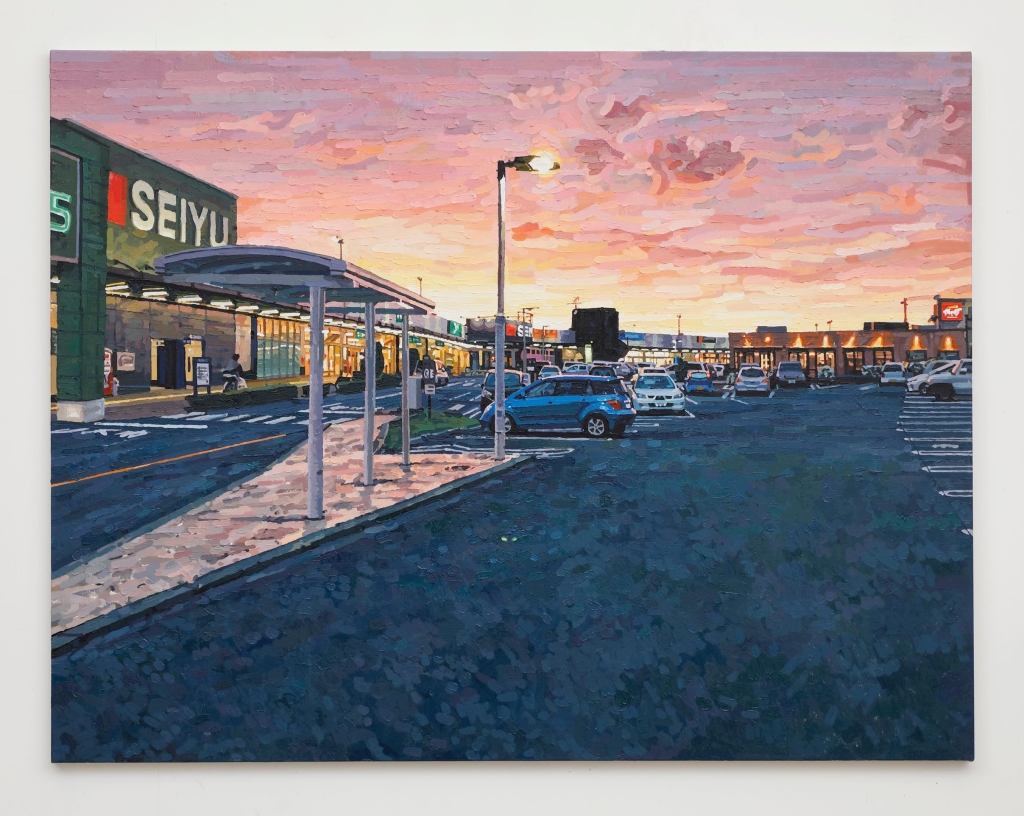 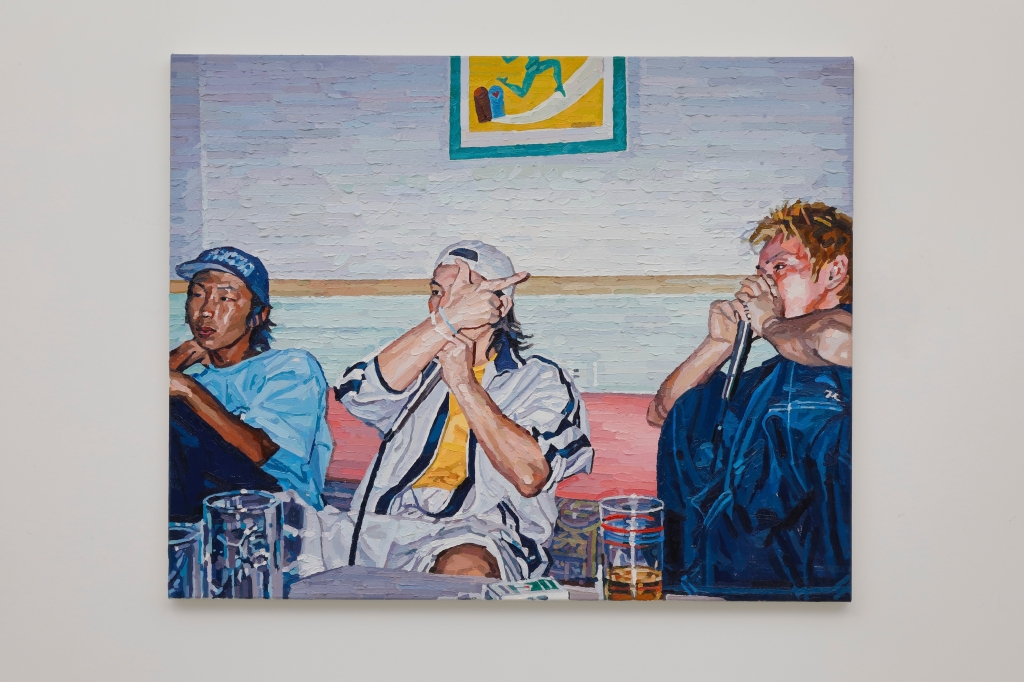 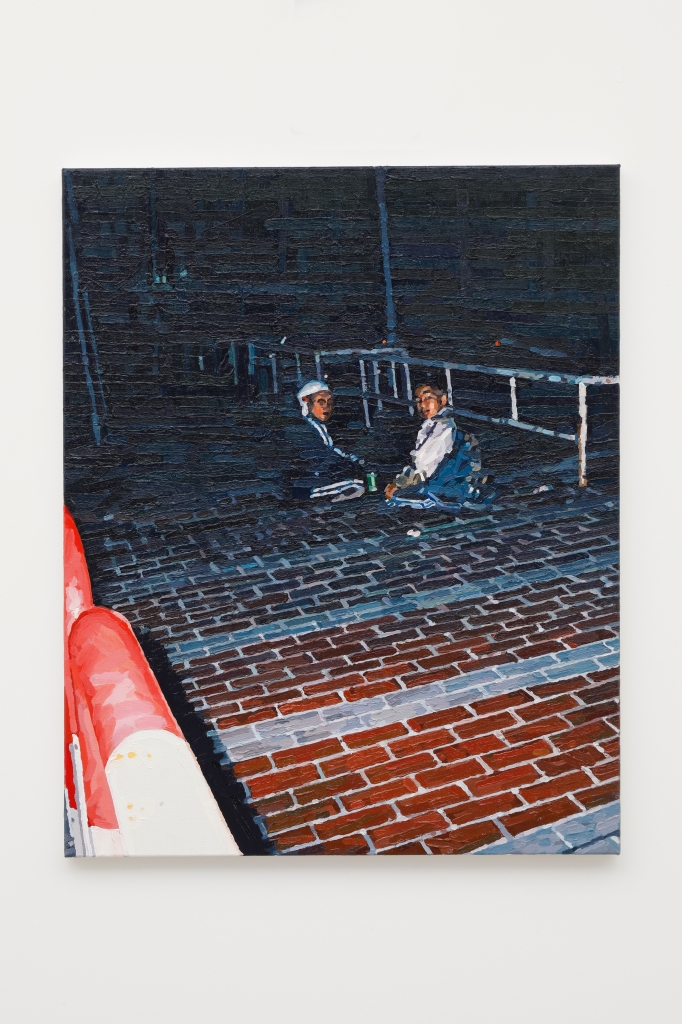 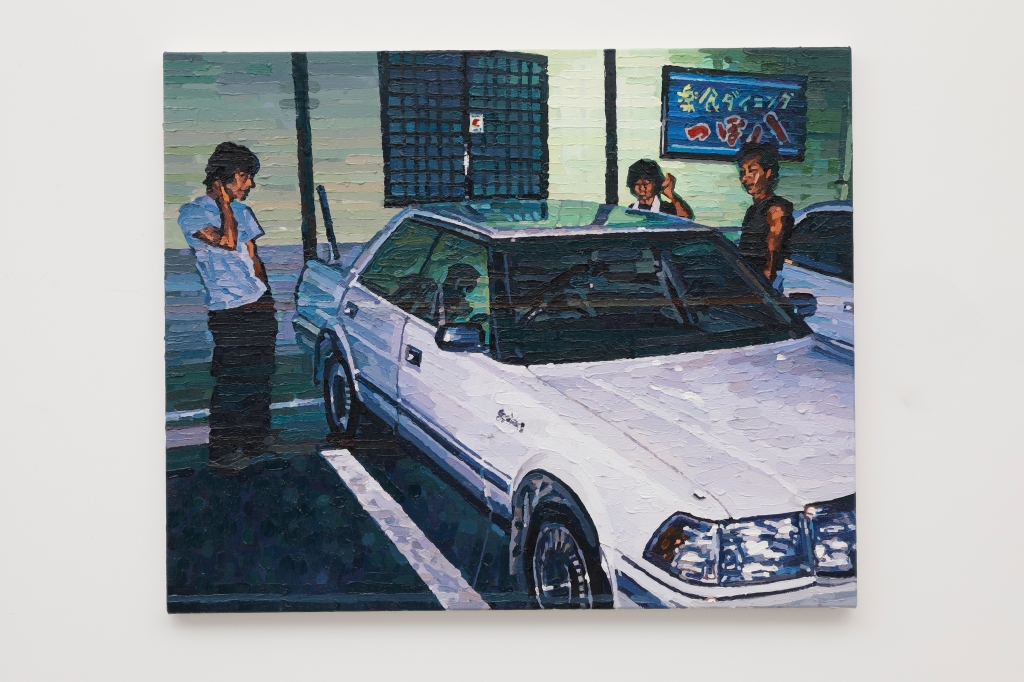 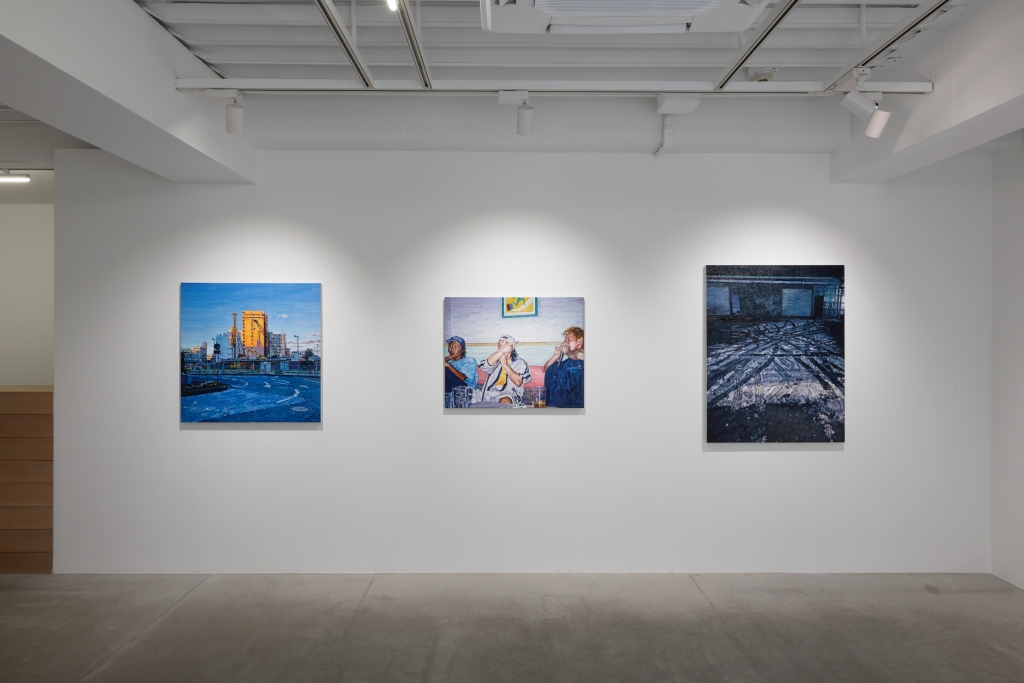 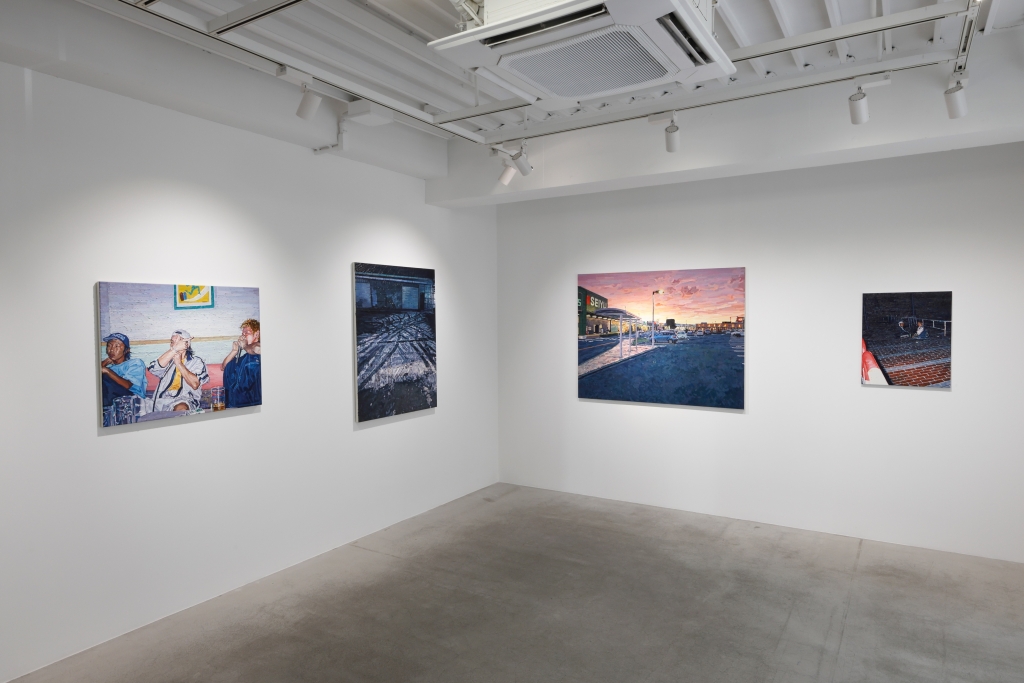 Naoki Tomita claims that he cannot paint a fiction. Saying that he made an active decision not to paint fiction would perhaps be more accurate. Nearly all his works are faithfully rendered from photographs taken by the artist himself. His depictions change according to how he layers his thickly applied paint, but the result is far from abstract, and his style has probably always been photo-realistic rather than expressionistic. So, what is it about his paintings that make them so fascinating? Taking at face value the artist’s declaration of influences including Ryohei Koiso and Hasui Kawase, his oil paintings certainly give the impression of being produced by attempting to capture his subjects honestly, just the way he sees them. Tomita’s technique should probably be called Japanese contemporary realism, but his paintings do not seem to be aligned with any of the representational painting trends seen among Japanese contemporary artists, so his works jump out, leaving a striking impression.

This exhibition of new works by Naoki Tomita is entitled Last Scene. New for this exhibition is the presence of paintings depicting a number of figures on the same canvas—two people on a motorbike, people sharing a karaoke microphone, people gathered in an izakaya parking lot—motifs that seem to lack anything special about them, as if they could be young people anywhere. Viewers can sense the loosely-formed relationships between the people in the communities depicted, but there are no strong ties or decisive moments that would be perceived as monumental or signify symbolic feelings. More than anything, the impression is of ordinary scenes from everyday lives. Tomita is depicting the succession of anticlimaxes that is the reality of the subjects’ days.

The level of reality that Tomita picks up so assiduously is rarely seen in contemporary Japanese painting, but it is interesting to note its similarity to one of the trends seen in the portfolios of contemporaneous painters in other countries. One of the substantial trends in representative painting worldwide over the past two or three years in particular has been social realism, including depictions of nameless people going about their lives in African diaspora communities, and depictions of people (particularly women) considered by society to be essential workers or frontliners. Tomita’s work seems to have anticipated this resurgence in social realism by several years.

In parallel with these paintings incorporating multiple human figures that convey the free-and-easy atmosphere of anonymous communities, the exhibition presents a number of scene paintings evoking emotional sensations with a faint hint of hurt or pain, a characteristic feature of Naoki Tomita’s art.