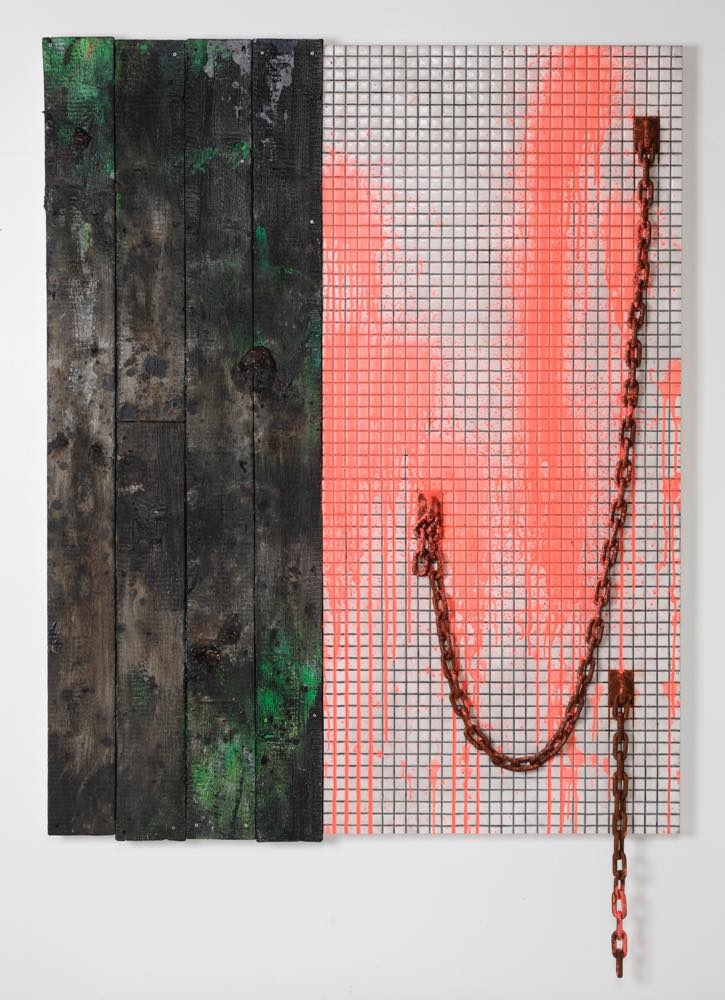 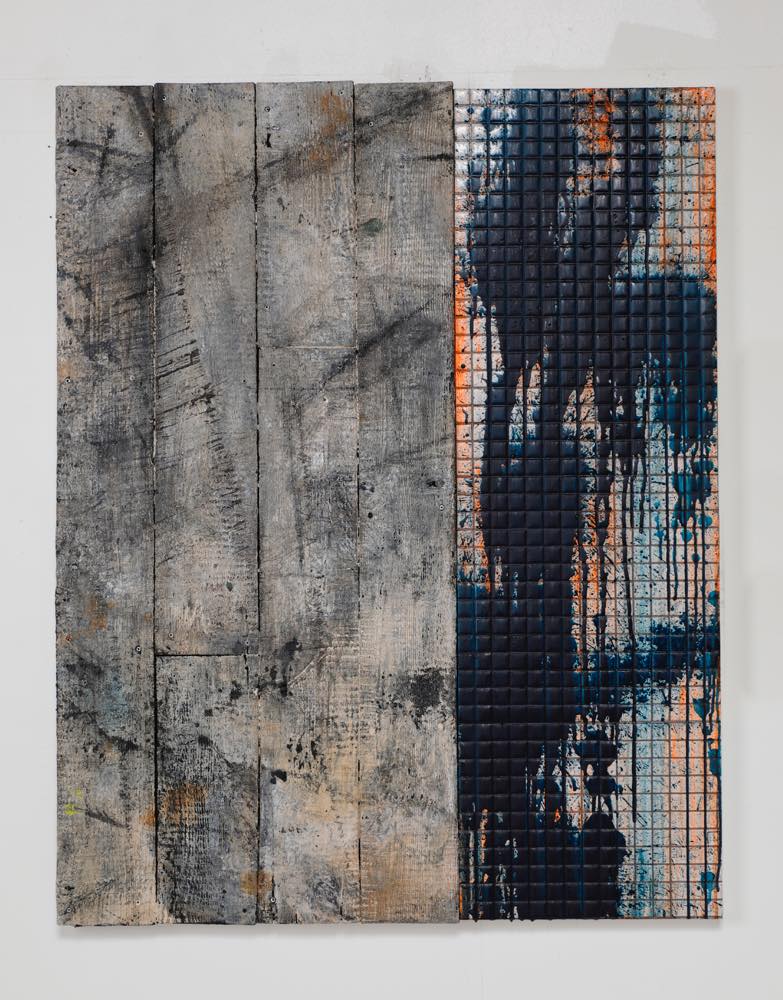 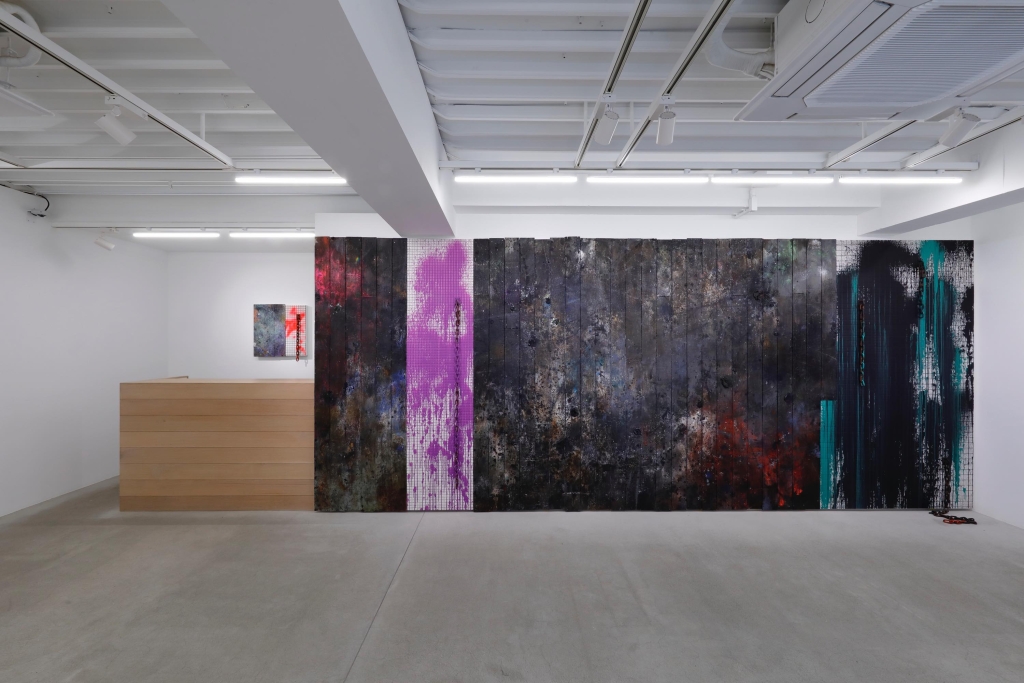 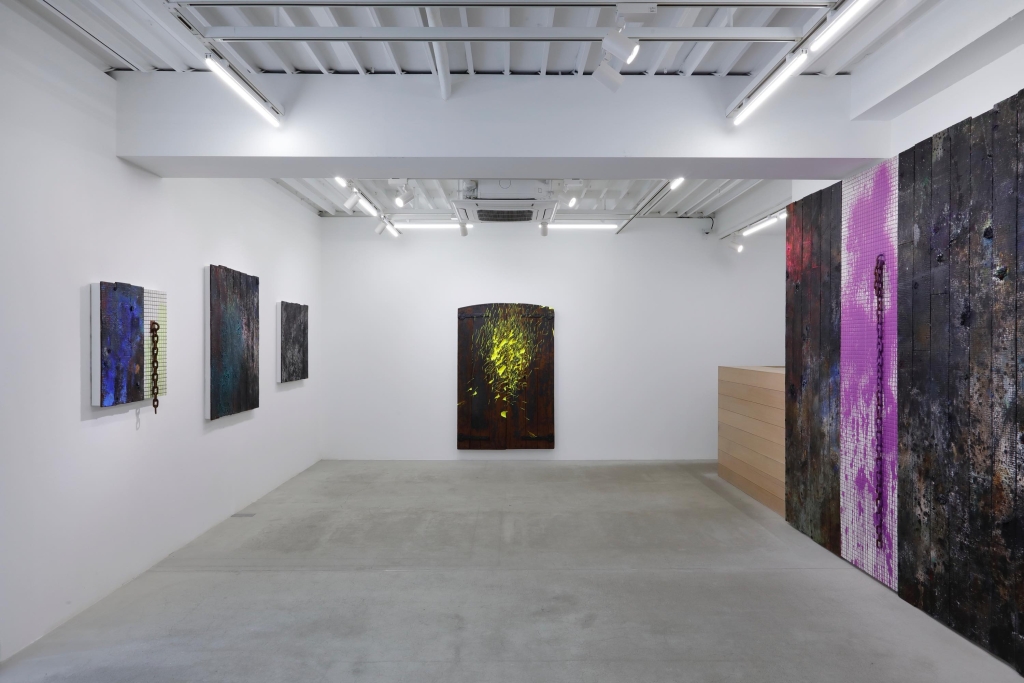 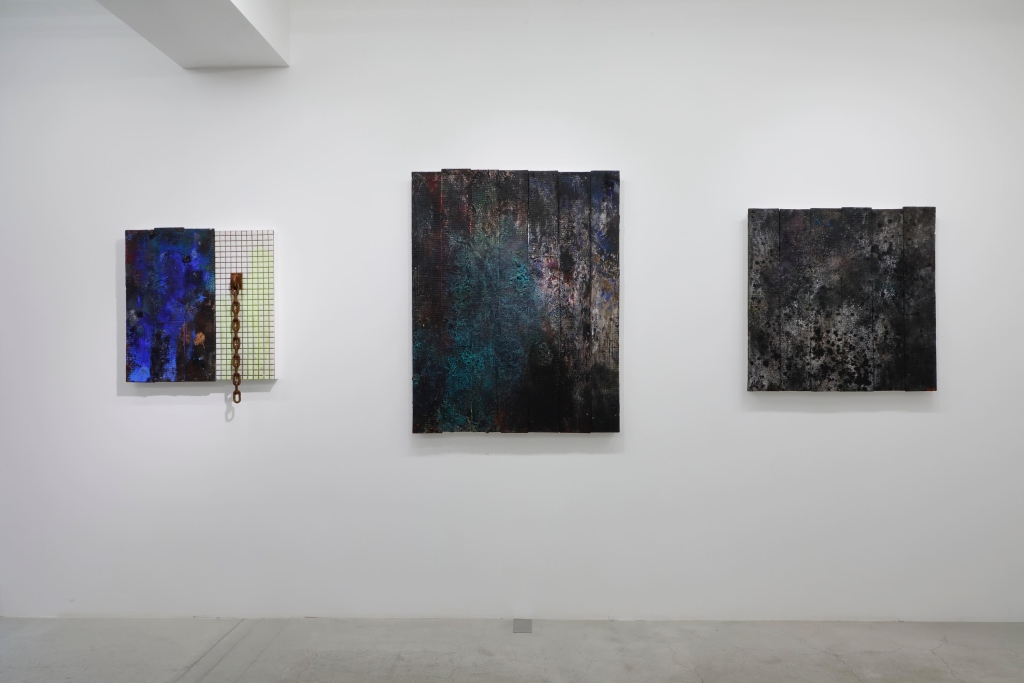 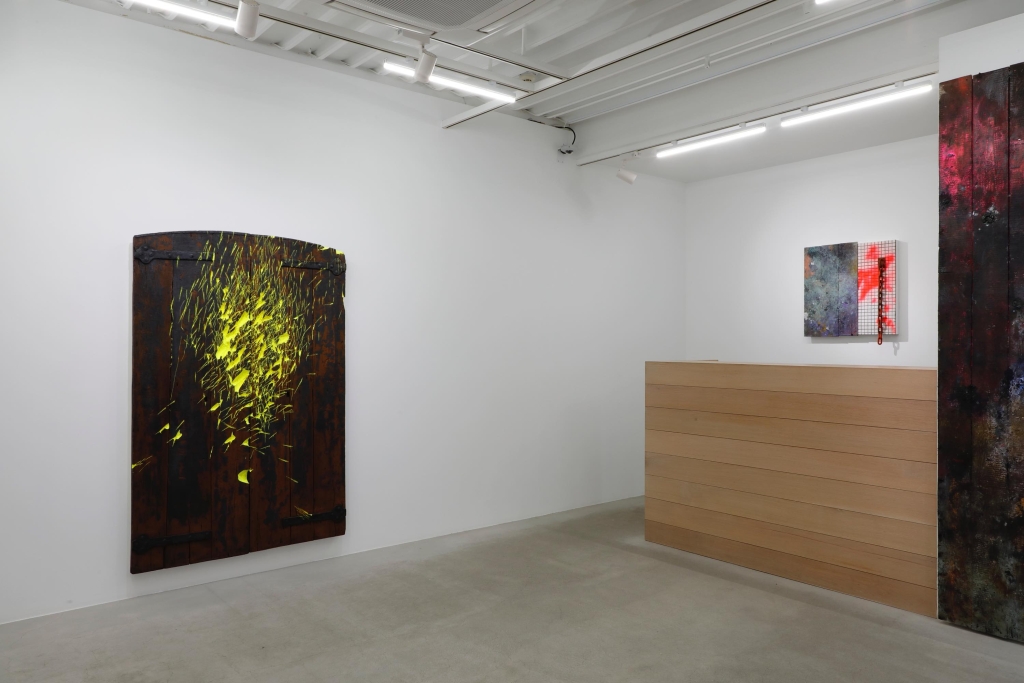 There is a theory that the dreams we have at night are actually images that emerge in our minds randomly, and are subsequently associated after the fact with a ‘narrative.’ It’s not clear to what extent this is true, but people process a huge amount of visual information automatically during the day, remember fragments of it, and then play it back during sleep, which suggests that the mechanism is probably more digital than analog in nature. Dreams are awesome fictional worlds in which anything can happen. A wall can split, opening onto a different world. The whole space can rotate. Your body can float in midair. And, in the next instant, you can be teleported to another space. When you stand in front of one of the new large works in Keisuke Tada‘s trace/dimension series, it feels like something out of a dream, like something that could be caused by a bug in a digital fiction. It’s as if, having become involved with a space that has no mass, you’ve suddenly lost your balance, and been hurled, defenseless, into the unknown.

Tada’s comments clarify the aim of his clever gimmick. “The trace/dimension works exhibited in this show take the floor and wall, the horizontal and the vertical, as their motifs. I created a work that covers the entire wall because I wanted the motifs to share a single canvas—so that when it was exhibited, it would produce images in which gravity and texture are buggy, and the space itself is transformed.”

Standing in front of his art, you begin to wonder if it can still be considered a painting. It is true that the image fragments coming in through your eyes all reference familiar sights from the past. Individually, there is nothing particularly new in each image, … But, although they superficially resemble things that you are used to seeing, their nature is easily betraying the viewer’s senses. Those things that look like a wooden panel, rusted chain, and tiles are all shapes made using paint, covered in a uniform coat of fiction, in accordance with Tada’s plan. And, even if the viewer were given a verbal explanation of that fact, it would be difficult for him or her to tell if the trick that was explained were true, or a lie. However, interestingly, the unspoken messages given off by these paintings that look like specific objects may be sending a continuous series of miniscule waves to the viewer’s cognitive system without the viewer being aware. The waves are perceived as a sense of discomfort that is hard to express in words. It is precisely this sense of discomfort that reinforces the strength of the ‘painting.’